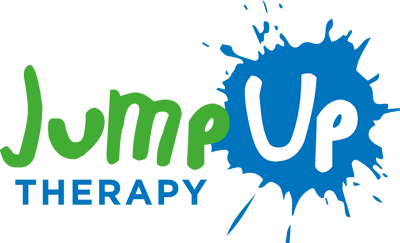 Torch Tag -To play this game, choose someone to be “it” and hand him a flashlight. While everyone else hides in the dark house or yard, “it” stands at the base and counts. Once the allotted time is up, “it” has to find people and “tag” them with his flashlight. The first person tagged becomes the next “it” after everyone else is found or has reached base.

Ghosts in the graveyard – In this game, everyone stands on home base while one person (the GHOST) hides. While the ghost is hiding, everyone counts out loud: “1 o’clock, 2 o’clock…” until midnight. When midnight is reached, everyone turns on their flashlights and goes in search of the ghost. The first person to spot the ghost yells “ghost in the graveyard” to signal everyone to run back to base ASAP! If the ghost catches you before you get there, you’re the next ghost! BOO!

Torch 44 Home – The “night guard” gets a flashlight and finds a place higher than the rest of the yard: a deck, porch or even a chair. The guard turns his back and counts to 30 while everyone else disperses. Once he’s done counting, everyone has to try and sneak to the guard’s station without being caught.If the guard catches you in his spotlight, he has to yell “spotlight on ~your name~!” and then you’re next to be the guard.

Flashlight Freeze – Get silly with this fun take on tag! The person designated as “it” gets a flashlight and turns his back on all of the other players while they strike a pose. When “it” turns around and shines his flashlight on a “statue,” he has 30 seconds to try and make the statue laugh. If he fails, he has to move on to the next statue. The first statue to cave becomes the next “it.”

Darko – One person will hide while the others seek- in complete darkness…eek! When the seekers shout “DARKO,” the hider must respond with “polo,” to guide the seekers to his hiding spot. Once found, restart the game with a new hider!

Noah’s Ark in the Dark – write the names of animals on pieces of paper so that there are two of every animal. Fold each piece of paper and put into a tin box. Each player takes one and looks at it without showing anyone else. Now switch lights off. Everybody makes the noise of their animal and must find their mate. Other sounds are not allowed. The losers are the last pair to find each other.

Murder in the Dark – Make enough slips of paper for 1 each. On one write “murderer”, on another write “detective”, and on all of the rest write “suspect”. Put the slips in a bowl and let people take one each. You can not reveal to anyone what you are. Someone counts to three and turns off the lights. The game begins. The murderer finds people and taps them on the shoulder. If you are tapped on the shoulder and are a suspect, simply fall to the ground, making a few dying noises. If you are tapped and you are the detective, you say “detective is dead”. When the detective is killed, the lights go on. All dead suspects must pretend to be dead, and even the murderer himself can play dead. The detective then surveys the “bodies” and decides who they think is the murderer. If they guess wrong, the murderer has won, but if they guess right, the detective has won.

Talk to a Team Member